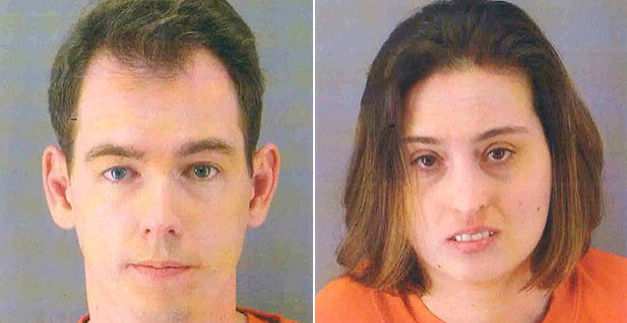 Came across this compelling story from the ole’ Sunshine state of California.

Kip Macy and his wife, Nicole Macy, pleaded guilty to two felony counts of residential burglary, one felony count of stalking and one felony count of attempted grand theft. These two geniuses owned an apartment building in the gentrifying South of Market area of San Francisco. Their plan was to evict the tenants they had to renovate the apartments and then to sell them as individual units.

Nicole Macy sent fraudulent emails to the attorney of one of their tenants with whom they were involved in a civil case. In the emails, she pretended to be the victim and fired the victim’s lawyer. In another incident, she sent fraudulent emails to her own civil attorney in which she pretended to be the same victim. Then…wait for it…she threatened to “kidnap and dismember” the attorney’s children.

Together – Kip and Macy also cut the floor joists of an existing tenant’s unit in an attempt to make the floor cave in. Guess they really wanted to get rid of him or her.

Other crimes included purchasing a semi-automatic handgun and threatening to shoot the building manager, changing locks, cutting phone lines, shutting off utilities, removing a victims’ belongings from their apartment and destroying them, multiple burglaries and threatening letters to victims. All of these events took place between September 2005 to December 2007.

Here’s where it gets interesting. The couple were charged with felonies in 2008, but posted bail and escaped to Italy. They were taken into custody in Italy in May of 2012 and extradited back to the U.S. on May 17, 2013. Bail was set at $2 million for each of them. After pleading guilty to four felony counts on Tuesday, the couple are scheduled to be sentenced to four years and four months in state prison on Aug. 22.

Nuts. They need to be in jail.