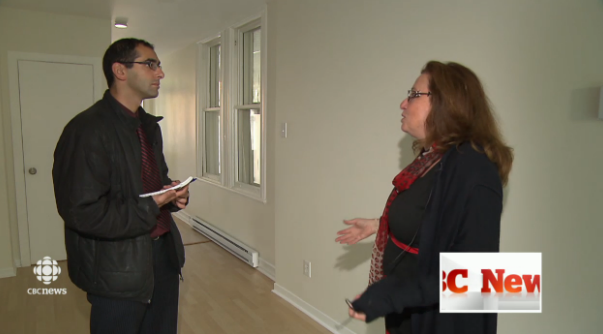 Montreal property owner Sari Buksner is in the midst of a nightmare of sorts, courtesy of her insurance company, and she’s yet to wake up from it.

Back in 2012, one of her tenants alerted her to a leak dripping from the second floor to the first. Her insurance firm saw the problem was a valve linking to her water heater on the second floor. They also proactively noticed a completely separate leak, near the toilet of her third floor. The estimate on the repair work for both claims originally came in at a little under 20K.

According to the original CBC News piece, Buksner said she settled with a contractor recommended by the insurance company after the first one she found declined the job, indicating it was beyond their capabilities. Once she started with the recommended contractor from the insurance company, the work began, and unexpectedly continued for months. Some of the reasons for this included a lack of proper insulation for the new pipes, which froze, creating an even bigger issue than the initial leaks. A rip up was required, and a complete re-do of the work – as in new pipes, gyproc, drywall, painting, etc. etc. The initial $20K that was speculated turned into a little under $87,000 in construction/renovation costs. On top of this – the insurance company paid her $58,155.00 in lost rental income while the work was taking place. The total payout to Buksner was about $145,000. Whoa.

So far, she has only found a willing insurer in the substandard market, and that policy would cost her around $11,000, roughly $4,000 more than what she was last paying, per year. Adding insult to injury, she’d be required to pay the whole thing up front and wouldn’t receive water damage protection. Jesus.