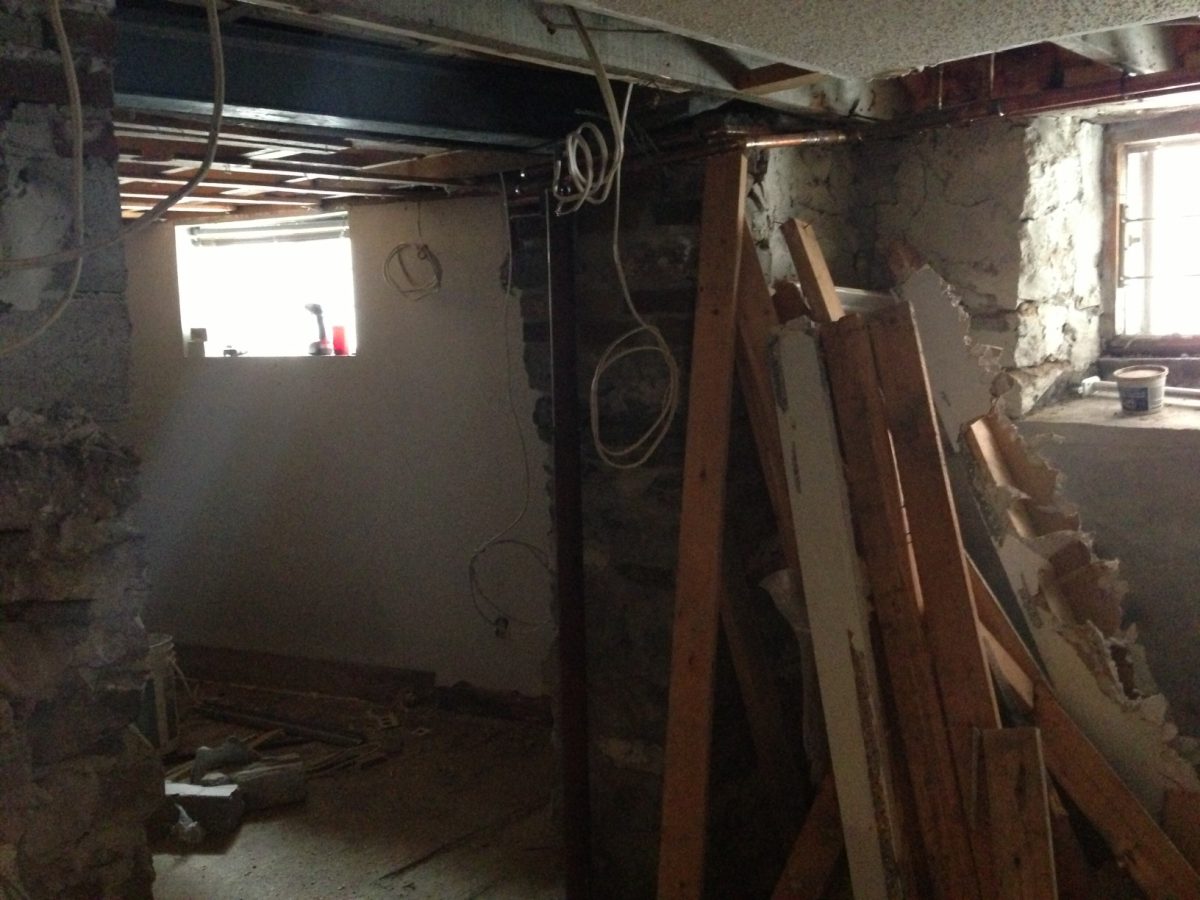 I’m going to share a progressing story with all of you. I’m renovating a basement apartment that desperately needed some attention.

3 weeks ago, I had a tenant move out of said basement apartment. He’d been there almost 12 years. The place was in pretty rough shape to say the least. The drywall was peeling, the lighting was dim and uninviting, and logistically, the layout of the place really didn’t make a lot of sense. It was dank, dark, and the rent that I was getting in the unit wasn’t reflective of the market norm. I was less concerned with that though. I just hated the way this place was laid out, and it looked and felt like an isolation cell on Riker’s island. When I got the tenant’s notice, I felt like this was an opportunity to give the unit the TLC it deserved. I decided to put together a budget to make my basement unit awesome. There are a few challenges with this though…which I thought I’d share with all of you.

Basement apartments are often thought of as problematic. They typically see a high turnover. Many are dimly lit. They often don’t show well because of the lack of natural light. They have a tendency to be colder and less inviting. There’s a reason for that. They’re below ground. I like to look at basement apartments, if done properly, as a place where you can have some of your best tenants. You just have to appreciate that basement units need a bit of a different approach. This is going to be a first in a series of posts dedicated to the renovation. Read on…

This unit had more drywall boxes and creative ceiling and wall shapes than a modern art exhibit. Once I took the drywall down, it revealed a series of entombed obstacles in creating a spacious and well laid out space.

Back in the day they used to run humungous pipes made out of iron as supply and returns for water. Basements had all sorts of insane arteries and veins for heating, drinking water, etc. In old radiator systems, these pipes would run through a boiler. Pretty typical, except for the fact that any height that you might have is severely cramped with these massive pipes. One of the old owners of the building decided that just boxing all of these pipes up would do the trick. Well…this is 2013, and most people don’t want to live in a cubby hole. These pipes and their associated boxes did nothing but diminish the natural light out of the two windows, and decreased the height of the unit.

Allowing as much natural light into the unit as possible, is essential. One of the first orders of business was to ditch these pipes, and replace them with updated copper pipe, which was both significantly less stacked, shorter in height, and allowed a whack load more natural light into the unit. Even after putting drywall back up, I’ll have added about a half a foot of height and opened up one of the three windows in the space. At 7 feet and 2 inches of ceiling now, I was still beyond the minmum of 6 feet 5 inches for height, but it’s made a huge spatial difference so far.

In the coming week, we start on the bathroom and begin re-framing. Stay tuned.