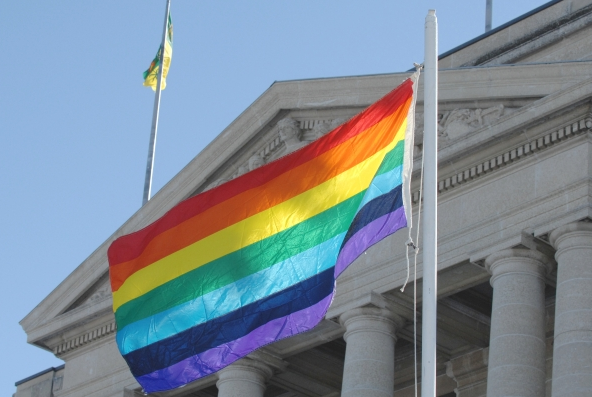 Saskatchewan’s Justice Minister Gord Wyant is reviewing a decades old section of the province’s Human Rights Code that permits discrimination against some renters over sexual orientation. The code technically allows landlords of one- or two-unit homes to discriminate on the basis of sex or sexual orientation when they rent out space in a building in which they or one of their family members also live. It goes a little something like this…

In 2011 – UBC conducted a study on over 1700 rental inquiries and found some depressing results. Same-sex male couples are nearly 25 per cent more likely to be rejected by landlords seeking renters.

Good on the current Justice Minister to review this. Saskatchewan has yet to receive a report of this kind of discrimination occurring, but it’s never too late for a little spring cleaning, and it’s nice to see proactive measures to continue level the playing field for everyone – regardless of sexual orientation. After all – it’s 2014.

Gay, lesbian, and transgender people rent, work, and pour money into the economy like everyone else  – something that some of the lawmakers in Arizona are still wrapping their heads around. Even a Canadian landlord or two could use a bit of education about this kind of thing….just sayin’.