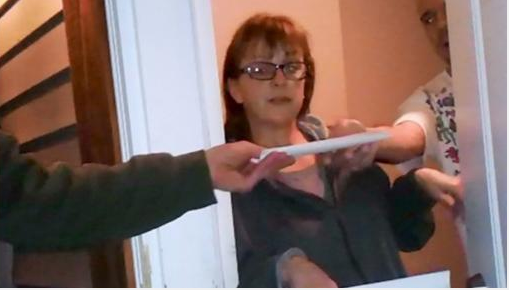 CBC ran an exclusive story this morning on two highly professional tenants who are working the system in a huge way in British Columbia.

Susan and Chris Perret, have lived nearly rent-free in at least five homes over the past two years. CBC News found records going back to August 2012, when the pair were evicted from one Maple Ridge home. They affect people financially, ignore eviction orders, bounce rent checks, and prey on property owners and landlords. Most importantly – these two know the province’s landlord and tenant legislation better than most people. The only thing they know how to do better than this is moving every 3-9 months.

Amy Spencer, president of Landlord B.C., says tenants like the Perrets are exactly what her association want to warn its members about.

“Ninety-nine per cent of tenants are good, but it’s those ones that get out there, like the ones in Maple Ridge, that give tenants a bad name,” Spencer said.

Landlords who lost money to the Perrets are angry no one at B.C.’s Residential Tenancy Branch warned them about the couple’s history of evictions.

“When people go around doing it professionally time after time, I mean, somebody — there should be a place that you can check,” said landlord Noel Beaulieu, who said he was out $1,500 from the ordeal.

Kim Gouws, who evicted the Perrets last month, said she was frustrated there didn’t seem to be a way to warn the next landlord.

“Every time I’d call I’d say,’ what about the next person? They’re just going to do this to another innocent person. How can I stop that?” she said. “I couldn’t.”

Credit and background checks everyone.