Today in Ottawa it’s -38°C. It’s ridiculous. As a matter of fact, large portions of the United States and Canada are getting reamed with a cold weather snap. -20 celsius weather is being reported in places like Minnesota, Illinois, New York City, Toronto, and Montreal. It’s prime weather for water pipes to freeze and burst which can create a damage nightmare for small landlords and a more-than-minor inconvenience for tenants. This generally sucks. It’s a sneaking problem for many of us to deal with (especially those of us who aren’t renting all inclusive units and whose tenants are covering their own utilities) and it’s made even more painful when self-managing landlords have to deal with it during weather that makes Antarctica look like a beach vacation.

First… why do pipes freeze?

How can I prevent frozen and bursting water pipes?

Have you ever dealt with freezing or bursting pipes? Share your stories with us. 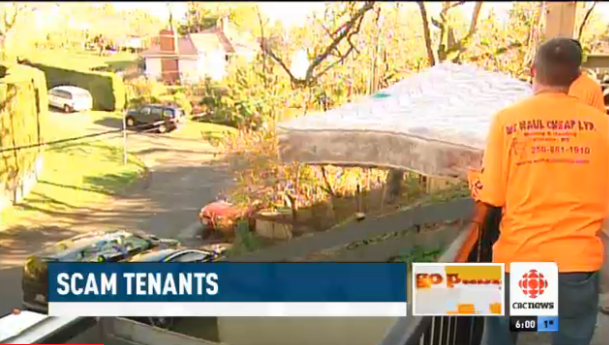 Professional tenants aren’t a myth. The exist for real, and they’re creating major pains for small landlords all over Canada. Came across this interesting piece at CBC news today concerning small landlords getting burned in British Columbia. A few first time landlord missteps being counted on, and an intimate knowledge of the loopholes with the B.C. LTB’s process allows for free living arrangements for a long stretch on end for pros who know how to work the system.

The Federation of Rental Housing Owners of Ontario went on record stating that professional tenants can work up to 6 months of living for free on a landlord’s dime by simply exercising their right to appeals. “We’re probably dealing with anywhere between one and two per cent of the tenant population that is doing this [scam],” said the federation’s Vince Brescia. “The activity of the ‘pros’ is creeping up … it’s a growing phenomenon.”

Property management is about due diligence. Landlords should always ask for a certified check for first and last month’s rent – something clearable prior to the tenant moving in or handing over the keys. They should also be diligent about not only credit checks and other tenant screening, but with references from previous landlords. What do you think? Do you think provincial legislations in Canada are in need of tweaking?