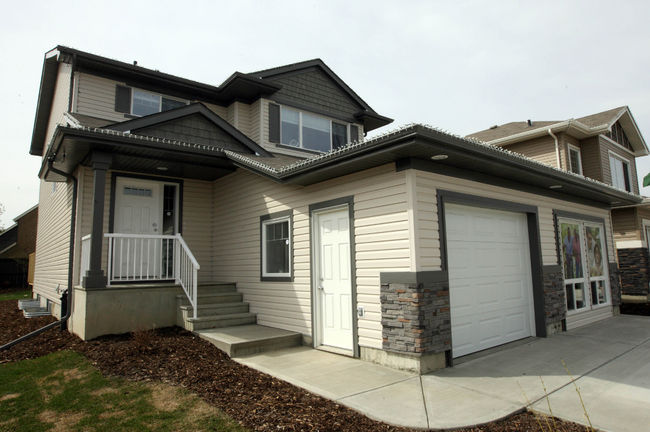 Landlords aren’t just people who own multi families and apartment buildings. Secondary suite landlords are numerous in Canada and the United States, and it’s on the rise.

I’m going to give a bit of definition to what constitutes a secondary suite, courtesy of our good friends at the CMHC.

Here’s an interesting  metropolitan Canadian fact. Conservatively, more than 1 quarter of British Columbia residents rent out a secondary suite to help with the mortgage. That’s a lot of people. 52% of Vancouver’s residents are renters. That’s also a lot of people. I think it’d be safe to assume these numbers are so high, because buying real estate out west is incredibly expensive. That’s a bit of an understatement.

Secondary suites are great. They provide a variety of benefits to neighbourhoods and communities. They’re also a significant source of affordable housing in serviced areas, and make better use of the existing infrastructure. They don’t change the character of neighbourhoods much and they diversify the housing types available. They also increase the number of residents living in an area, which in turn makes neighbourhood transit more viable and enhances commercial activity. Finally, they provide owners with income and increase property tax revenues for municipalities. That’s a whole bunch of double rainbows right there.

Secondary suites aren’t just popular in Vancouver and greater B.C. They’re big in Calgary too. The city has a 1.3% vacancy rate. That’s great news for landlords, but that’s pretty tight for people looking for a place to call home. To boot – mortgage rules changed in July of last year, making it a little more difficult to buy a home. As a result, Calgary is in the process of embracing secondary suites, much like the rest of western Canada, and is attempting to lax rules with respect to them as recently as before the beginning of 2013. Mayor Naheed Nenshi has been advocating easing restrictions on secondary suites for a while. One problem. Calgary’s city council doesn’t get it. Calgary’s already tight rental market is speculated to only get tighter after the flood that swept through the city. This is slated to be a key issue in the upcoming Calgary municipal election.

Secondary suites require a few things to conform legally. It’d be a lie to say that they’re all legal. They’re not. The point I’m trying to make is that the municipal laws that determine whether a suite is legal or not should be relaxed. Mayor Nenshi and several councillors have taken the position that existing suites across the city should be grandfathered in to be legally zoned suites, provided they comply with proper building and fire codes. Compliance with common sense rules like this is a given, of course.

The opposition on council have taken a not-in-my-backyard stance. They prefer the practice of having illegal suites reported by neighbours, and inspectors/by-law enforcement officers dispatched to investigate, and possibly enforce compliance with zoning and building/fire codes. Those in this camp appear to prefer want the to city focus additional resources to the inspection and enforcement of illegal suites in order to ensure the safety of Calgarians. That sounds like a relatively logical position, but in Calgary, legal secondary suites are tough to create because the province’s building code treats suites as duplexes or semi-detached dwellings with mandated separate heating and water tanks, restrictive square footage counts, among other difficult to meet regulations. To put this into perspective, according to a piece in the Calgary Herald in May of 2009, the city had shut down 2,104 “illegal” secondary suites because of bylaw non-compliance — not safety codes of any sort — since 2004. That amounts to the closure of 1 non compliant secondary suite a day. Seems a bit empirical to me.

What do you think? Are you a secondary suite landlord? Do you live in Calgary? Vancouver? Any other city that’s transitioning on the issue? Share your thoughts with us! 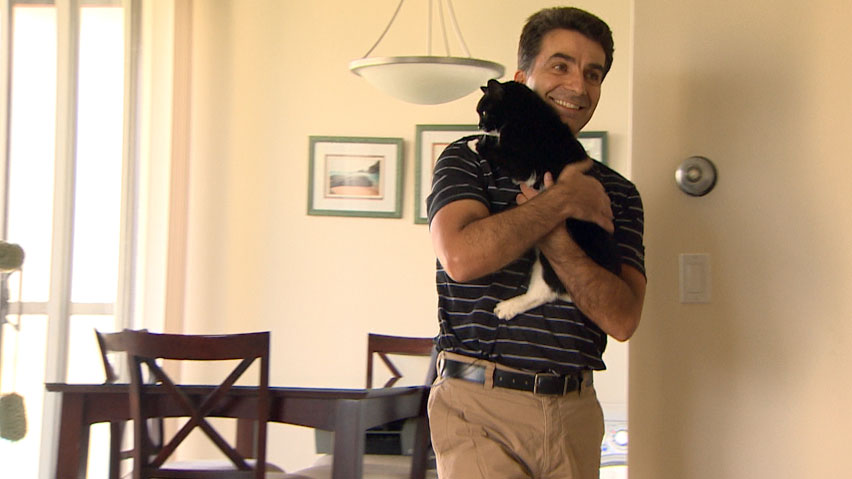 Came across this great article by Jesse Ferreras at the Huffington Post B.C. As landlords, all of us have been faced with the question of renting to a pet owner. Denying tenancy because of a pet is often assumed by tenants to be an issue related to concerns about damage, but the truth is there’s more to it than that – on both sides of the equation.

Let’s backtrack though, and talk about what’s going on in Vancouver. As of right now, landlords in Vancouver have the right to refuse potential occupants with animals. However,  councillor Tim Stevenson recently tabled a motion at city hall, which already has the support of Mayor Gregor Robertson, that would prevent landlords from discriminating against renters on the basis of whether or not they own a pet. In an effort to know and learn all of the facts, chew on these tasty bullets:

Quite the municipal challenge there. Seriously.

The BC SPCA is leading the charge in an effort to inform landlords of the benefits of renting to a pet owner. I can see both sides of the equation here, and you’re forced to consider all of the facts in the situation. As a landlord in Ontario, while I obviously don’t have a no pets policy. I’m particular about keeping on top of this with a few of my tenants who do have pets. It’s not easy.

Full disclosure. My units are closely situated from one another, and I’ve had more than my share of complaints over the years from some of my tenants about barking from the one tenant I have with a dog. I also had a previous tenant in the last 3 years whose jerk dog badly damaged a unit (they refused to accept responsibility after assuring me their schnauzer was a trained, wonderful, and quiet dog. I was forced to take them to the board and ended up winning a judgement. Then the tenant dropped off the face of the earth and I never got paid the $700 they owed me).  I come across as many people when I’m in search of a new tenant who indicate they have allergies and an aversion to pet dander as I do with people who have pets. I have other tenants who have pet allergies. Juggling all of these things is not easy. All of my pet issues have been related to dogs. Never had an issue with a cat or other small animal.

The right of tenants to have pets is not unfettered in Ontario.  The pets must not become a nuisance and those same pets can not interfere with the reasonable enjoyment of the premises by other tenants or the landlord. There’s recourse with the LTB in the event that a pet becomes a problem. There is recourse in the event that a tenant with a pet doesn’t live up to their end of the bargain, however, any landlord knows that controlling the situation in the here and now is significantly more challenging. You have to prove damage or issue, and that’s not as easy as it sounds.

Vancouver is obviously a unique situation vs. most other cities in the country. With it’s high concentration of renters, I can appreciate where the mayor and the councilman are coming from, and their motion is noble. What do you think? Share your thoughts or comments with us. Have you ever had an issue with pets? What do you think of this motion?

I came across this wicked article in the Globe and Mail courtesy of one of our founders, Steve Palmer, who recently purchased a new house in Vancouver. A house that has a basement suite. A lot of people in Vancouver have basement units that they rent out. Know why? Because living in Vancouver is friggin’ expensive. Like an arm and a leg expensive. Supplemental rental income is kind of a way of life out west.

Don Campbell, president of the Real Estate Investment Network (REIN) makes probably what is one of the best points when it comes to real estate investment. Get the appropriate insurance.

The article mentions a bit of an epidemic in Canada. A lot of untrained landlords are under-insuring their rental properties or in some cases, conveniently forgetting to disclose to their insurance companies that they have a tenant. In certain places, like Vancouver, where a large majority of homeowners rent out basement suites, this can spell disaster if the appropriate insurance isn’t in place. Check out this gem:

Last year Aviva Canada insurance company released statistics that show water damage is the leading home insurance claim, partly due to the high number of basements that are being finished to make livable. Nationwide, B.C. had the highest increase in average claim cost due to water damage, at 205 per cent. I’m guessing that increase reflects the fact that almost every homeowner in Vancouver depends on the income from a basement suite to get by. For Vancouverites, basement dwelling is a fact of life. We even forget that’s not the case for every city.

Imagine: The couple renting your basement suite gets hit with some water damage. Loses a bunch of stuff. If you haven’t disclosed to your insurance carrier that someone was “living” down there, you could have a serious problem. Even more, if your tenants didn’t have renter’s insurance, you could really be in a pickle.  There’s more than an awkward situation to be had here. Renting a secondary suite is considered a material change in risk, and it does have the potential to void your insurance policy without the acknowledgment of your insurance carrier. As a matter of fact, Campbell goes so far as to say that you should not only disclose that you have a rental unit and that your insurance company knows what time it is on your place, but that you should get it in writing like the 10 commandments on stone tablets (from your insurance company). In the event of an issue — and a refusal of claim — you can meet your broker for lunch and shove an email in his face.

I’m really summarizing the article here, but landlords need to get intimately acquainted with a few terms:

In short — cheaping out to save a few bucks on your premium is one of the single worst ideas anyone who rents out a unit can have. Here’s a free tip from me as this is something I like to do once a year: have a meeting with your insurance broker or carrier, and make sure everything is on the up and up. Make sure they know everything, and ask them questions about worst case scenarios, like if there was a total loss on your property. Seriously. It doesn’t hurt.

You can read the full article on the Globe and Mail site.

What do you think? Do you insist on tenant’s insurance before handing over the keys? Do you review your insurance coverage on your property or properties every year? Share your comments and stories!